Betting on the US

Regulation of a growing sports betting market in the US has been steadily gaining traction as pioneer states such as New Jersey, Nevada, Mississippi and Delaware lead the way towards a thriving gambling market, despite defiance from federal government, sports leagues and the NCAA.

One of the key moves against legalised sports betting came in 1992, with the introduction of The Professional and Amateur Sports Protection Act (PASPA) – a law that defined the legality and applicability of sports betting in the US. Its end goal was to stop the proliferation of sports betting. The 2018 decision by the Supreme Court to declare PASPA unconstitutional was a major coup for states looking to join Nevada, Oregon, Delaware and Montana – the original squad allowed by PASPA to continue offering regulated sports betting.

New Jersey was initially given a loop hole to legalise sports betting within one year of the PASPA enactment, but missed their window of opportunity – a lucky failure as it turned out. It was this missed chance that pushed New Jersey to call for the repeal of PASPA. Had they taken the original slot, the temptation to rest on their laurels and enjoy the spoils may have been all too tempting. 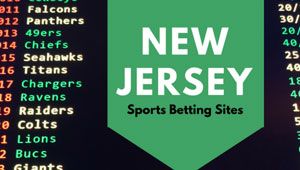 New Jersey was key in the repeal of PASPA

As the dust settles and prospectors take stock of the bounty this new frontier in gambling has to offer, an ill wind from the DOJ has blown in fresh challenges for operators.

The New Year got off to a frosty start when two weeks into January the DOJ reversed their opinion on the Wire Act, effectively rendering all forms of online gambling that involve interstate transactions illegal.

While the move has caused a few jitters amongst players in the industry, it has mostly inspired rebellion, especially from the New Hampshire Lottery Commission and New Jersey Attorney Generals, Gurbir Grewal and his Pennsylvania counterpart, Josh Shapiro, who have hurled heavy criticism at the DoJ along with legal challenges.

Grewal has been particularly vocal in his criticism of the decision, suggesting that the DOJ’s motives may not be entirely unbiased – accusing them of pandering to anti-lobbying groups, such as Sheldon Adelson’s Coalition to Stop Internet Gambling. The Freedom of Data request should answer a number of questions and may hold some sway over any enforcement proceedings the DOJ may launch against entities it deems to be violating its revised stance.

If nothing else, the $4billion dollars in revenue the Pennsylvania lottery brings, is powerful motivation in its own right as an argument against the justice department taking a heavy handed approach against mutineers.

The DOJ’s new conclusions are hinged on a comma – or the lack thereof. The result of this grammatical faux pas means all online gambling, including the newly legalised sports betting, now violates the Act.

The clause in question is one that prohibits use of a ‘wire communication facility for the transmission in interstate or foreign commerce of bets or wagers or information assisting in the placing of bets or wagers on any sporting event or contest..’ What the DOJ is quibbling over is whether the phrase ‘sporting event or contest’ applies to the sentence as a whole or not.

And because federal courts generally look to the language of a statute when interpreting the meaning, the Wire Act may be stuck in a never-ending loop of reinterpretation and contention, giving the DOJ plenty of room to manoeuvre.

So where does this leave operators and affiliates looking to make their mark in a country that has made hope and dreams its hallmark greeting?

The US isn’t about to give up its hard-won title as the land of opportunity and there is still plenty of gold under the hills if you know where to look. While things are certainly unstable at the moment, we’re unlikely to see hard-core enforcement. At the end of the day the real authority lies with Congress and they have bigger things on their plate right now than bothering grey-area industry. The US remains a market with everything to play for and those with an eye for opportunity are queuing up around to block to secure a slice of the iGaming pie.

On the 16th and 17th of June, the second edition of the SiGMA roadshow will take in the landmark state of New Jersey. A key player in the future of the betting industry in the US, the state will unite 100 operators & suppliers and 100 affiliates in a 2-day networking event, merging SiGMA’s well known affiliate extravaganza, the Affiliate Grand Slam with an event geared towards operators and suppliers, the Alpha Boot Camp.

Are you interested in the US? Whether you’re looking for affiliates or operators with stakes in the US or if you would like to attend the event you can purchase a ticket today by clicking here. Alternatively contact Rick to see if you’re eligible for free admission or to join our main sponsors, Rabbit Entertainment, Helio Gaming, iGaming Academy and Join Games and gain premium brand exposure through our competitive hosting packages. Hosts get either a table of 10 or a table of 20, with each of their guests receiving an all-inclusive package containing 2 nights in a 5-star hotel, dinners, conferences and an epic closing night.

Relive some of the best moments from our first Road Show event in Manila.

Betcris is at the top of the list because it also dedicates resources to developing the industry throughout the region, ensuring a transparent ...

The SOFTSWISS sportsbook announces the launch of its brand-new project with Bambet, this new launch is the next step forward for Sportsbook in ...

Oddspedia.com launch a revamped version of its website, an 18-month project

Republican, Adam Koenig, has sought to legalise a Bill focusing on online sports betting,  fantasy sports and online poker This Bill will allow ...