The subsidy, workers have been receiving from the Social Security Institute (IPS) is no longer sufficient

Land-based Casinos in Ciudad del Este Paraguay have been shut down for almost five months due to COVID-19 measures, drastically affecting the lives of the sectors’ employees. Individuals organized a protest in the city demanding the return of activities.

Ciudad del Este Casino’s employees were demonstrating indignation towards the Paraguayan Government on a protest organized last Wednesday, 22/07. According to one of the protesters, Ciudad del Este together with the municipalities of Alto Parana are out of the Government’s plans for reactivation of the economy, called phase 4 of quarantine, as reported by Wilson Ferreira in a article from the local news Ultima Hora. 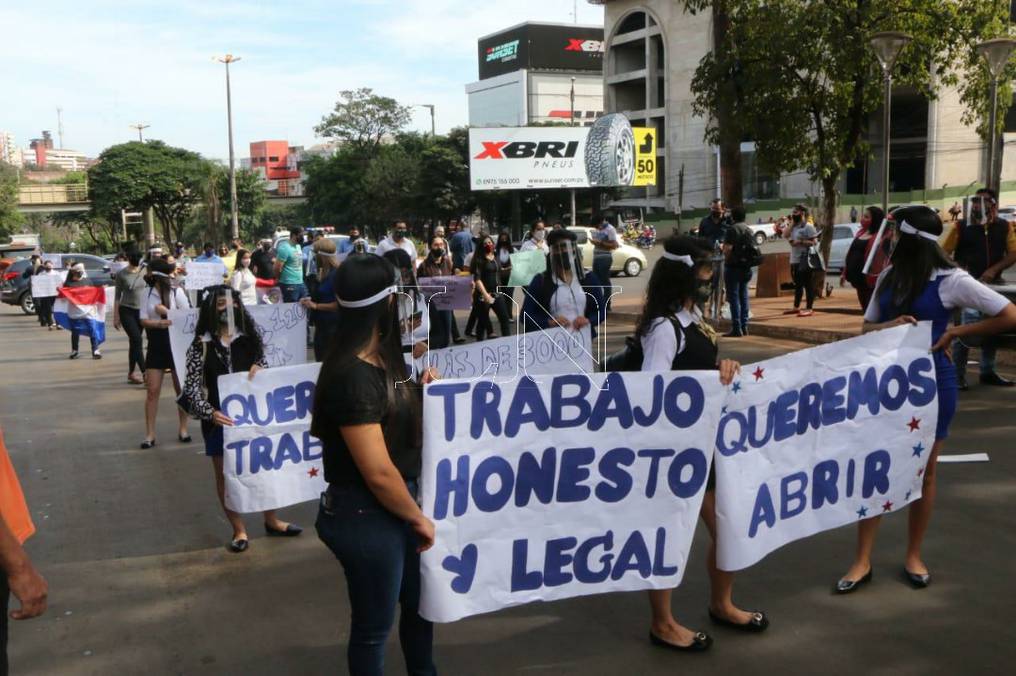 Employees, who have been impeded to work since premises were shut down five months ago, demanded the immediate resumption of their work. Leticia Coronel, who spoke to the local news Ultima Hora, mentioned that the subsidy they have been receiving from the Social Security Institute (IPS) is no longer sufficient and the current situation is despairing.

Another point highlighted in the protest was that other sectors in the region, such as restaurants and pubs, could reopen their establishments and return to their activities. In the view of the casino’s employees, this fact makes the authorities’ decisions quite contradictory, since casinos should also be included in the group of businesses to reopen.

Casino sector plays an important role in Ciudad del Este’s economy, employs more than 300 individuals and, indirectly, affects another 3.000 people in the region.  According to the protesters, the sector should be seen by the authorities as a crucial tool for the economy’s revival.

Another interesting point is that Ciudad del Este used to welcome many tourists that approached the municipality to bet in its Casinos before the pandemic, including many Brazilian players, who used to cross the boarders to visit the casinos premises.