The group's total revenue for the first half of the year reached 4.374 billion MOP only, a decline of 74.4% year-on-year

SJM Holdings announced that due to the impact of COVID-19, the group's total revenue for the first half of the year reached 4.374 billion MOP only and gambling revenue was 4.272 billion MOP, both of which have fallen 74.4% year-on-year. 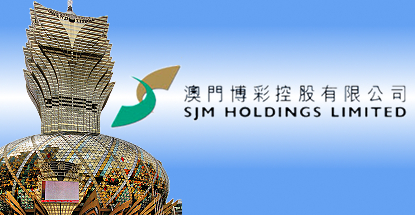 In addition, with a loss of 24.9 cents per share, the board of directors does not recommend the distribution of interim dividends. Compared with the same period last year, SJM Holdings distributed 8 cents per share.

Among all the games SJM provide, the gross revenue from mass market table games decreased by 73.5% year-on-year to 3.291 billion MOP, VIP gambling club revenue decreased by 81.6% to 1.368 billion MOP.

SJM Holdings also indicates that SJM do not expect their revenue to reach the level it was before. This is because even if the international travel restrictions are lifted, which will have a positive impact on Macau’s tourism and consumption, the impact in the first half of the year is too severe to be restored.

However, despite this, the reaction of market investors was the opposite. Most investors still have confidence in the future of Macau's gaming industry, which also allowed SJM holdings' stock price to rise by 2.08% today.

Zitro gets a repoker of SAGSE Awards

SAGSE has recently announced the winners of the SAGSE 2020 awards, chosen by a wide participation  Zitro, and its founder Johnny Ortiz, have ...