Sheldon Adelson ranked down to 33 on Bloomberg's billionaire list

COVID has caused completely different scenarios depending on the industries it affected. During this global public health crisis, people's demand for online shopping soared, which made Amazon's stock price skyrocket. The stock price of Amazon has risen 73% so far this year and has also helped the world's richest man, Jeff Bezos reach a personal net worth of 178 billion.

Jeff Bezos has increased his net worth by nearly $12.9 billion on 20th of this month, this is also recorded as the largest single-day increase ever in personal wealth of the Bloomberg billionaire list.

However, the wealth that Jeff Bezos has increased in a single day is exactly the number of personal assets that have shrunk in the past six months by Sheldon Adelson, chairman of Las Vegas Sands, the world's gambling tycoon. 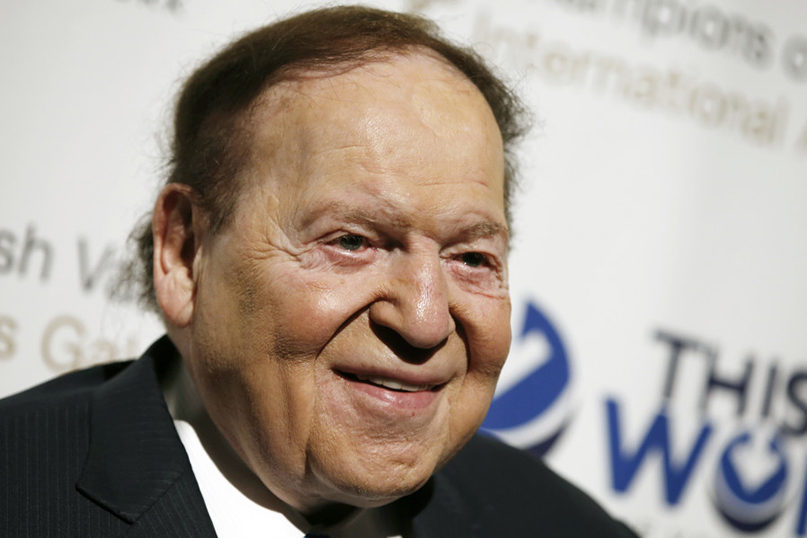 Sheldon Adelson's net worth has dropped by US$12.9 billion in half a year. This reduction is roughly equivalent to 16 Suncity Group. ( The current stock market value of Suncity Group is about 800 million U.S. dollars)

Las Vegas Sands group is one of the world's largest casino and hotel operating groups. It owns a series of high-end casino hotels led by The Venetian. In addition to the United States, it also has many overseas investments in Asia.

In 2002, this group was the first foreign gaming group in Macau to set up Sands Casino Macau after obtaining a Macau gambling license, breaking the monopoly of Macau Entertainment Co., Ltd. in Macau casinos.

Sports betting startup, Wagr, is catching the eye of many well-known investors. So, who's behind the lucrative investment? Reddit co-founder ...

No more bonuses for Ukrainian gamers

Ukrainian gambling regulators have introduced a long list of new restrictions for operators, including a ban of player bonuses The Ukrainian ...

The series kicks off on June 24th with: A Look Into Responsible Gaming Around iGaming  SiGMA Americas is launching a new webinar series which ...

This bill will see sports betting and charitable ebingo legalised through a free-market approach   The Ohio Senate passed Senate Bill 176 which ...