In India, the state government of Goa said the return of Russian tourists to both its hotels and casino establishments will likely jumpstart its exhausted local economy caused by the Covid-19 pandemic.

Russia is the single largest continent that has accounted for nearly one-fifth of the total of GOA’s foreign tourists in recent years, followed by the tourists from the United Kingdom. 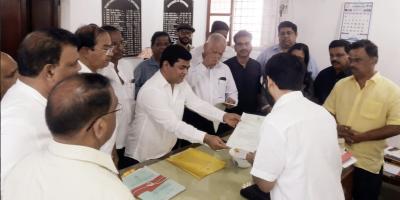 Lobo said, “We are expecting chartered flights from the rest of Europe too. But the Russians have asked for slots for landing in Goa. We welcome this interest, but we need a green signal from the center,”

“We have discussed this issue with the Chief Minister. The center is likely to give a signal to tentatively start international charter flights from November from Russia to Goa. After that, the state government will have to grant permission.” He added.

“The question of a seventh offshore casino does not arise. We currently have six offshore casinos. In this pandemic, I don’t think anyone would want to bring in a boat over the next two years,” Lobo said.

Sawant ordered the suspension operations of all of Goa’s casinos – both the six ship-board operations and the handful of land-based venues in upscale hotels - in mid-March up to the present, and there has been no announcement regarding the timeline casino’s reopening. Nevertheless, the notion that Russian charter flights may begin in November seems to be a hint that the suspensions will be lifted in the coming weeks.

In other news, The Goa state cabinet granted floating casinos another six months’ extension to continue operations in Mandovi River, between Panaji and Betim, as it is yet unable to resolve any alternative location where they can be transferred.

Cambodian casino Nagacorp cuts down on jobs and employment pay due to financial impact of Covid countermeasures Despite recording US$102m profit ...

At the earliest planning stages, the possibility of a casino construction in Papua New Guinea has seen major protest The recent multi-million ...

Establishes a partnership with Nest Academy of Management Education Domain Academy has just announced two International Satellite Campus, one in ...

Clairvest Neem was the only contender for the prefecture’s request-for-proposal process, after a notice of withdrawal from Suncity Holdings ...