Asia's richest man comments that its scale will one day exceed that of music, film and TV business 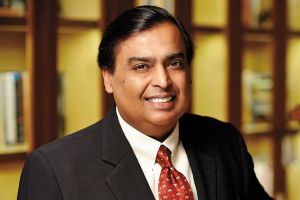 Mukesh Ambani, the richest man in Asia and chairman of Reliance Industries Limited in India, met with Microsoft CEO Satya Nadella in Mumbai, and commented on the iGaming industry, saying that online gaming business has "tremendous growth potential" in India, and its scale will one day exceed that of music, film and TV business.

Ambani said that there is currently no real online gaming business in India. With the increase of broadband connections, he sees huge opportunities in this field. But he did not disclose whether his telecommunications subsidiary Reliance Jio would enter the market or not after attracting 380 million 4G users.

Ambani's interest in online gambling comes at a time when online Fantasy Sports League, Quiz Game and Poker Gamer are booming in India. This is due to the popularity of cheap smartphones in India (the user is expected to reach 850 million within two years), as well as the construction of high-speed Internet and declining data prices.

KPMG said in a report last March that it expects India's online gaming revenue to reach 118.8 billion rupees (about 1.66 billion US dollars) in fiscal 2023.

Snapchat has rolled out a new feature on its platform offering users in the UK the option to opt-out from seeing gambling adverts.  The social ...

The court feels that gaming activities should be regulated be it in the real world or the virtual world The Madras High Court has noted on ...

Revenue in the company’s online segment is to reach US$30.5 million in sales in FY22 Indian gaming leader Delta Corp just published their Q2 ...

Logrand's expansion beyond Mexico: a new platform in the works

Colombia is on Logrand's radar Lenin Castillo, Online Chief Operating Officer of Logrand Entertainment, explained to Yogonet that the affiliate ...