They are looking to continue developing the company

LeoVegas Group CFO Stefan Nelson hailed Malta as the heart of the company whilst in London last week, adding that the intention was to keep it so and develop the company further.

“Malta is the heart of our company and will continue being so,” Nelson said.

Speaking at the GamingMalta stand at ICE London 2020, the LeoVegas Group CFO noted that Malta had become a home to both himself and LeoVegas.

“I recently moved to Malta so it has become a home for my family.”

“LeoVegas, while being originally Swedish, has the biggest hub and workforce in Malta.” 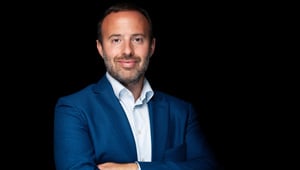 LeoVegas is made up of around 900 employees within the group, 400 of whom are working in Malta, and have offices in Europe and parts of the rest of the world. They have made key acquisition during the past years which have enabled them to grow internationally in regulated markets according to their strategy.

The company recently launched their proprietary multibrand platform. The first such brand that was launched is called GoGoCasino which has received a positive response from customers.

They also take part in a number of CSR initiatives ranging from the adoption of two lions in South Africa (Bruno and Omar) to participating in events such as the Business and Professional Women’s Careers Day, the Malta Community Chest Fund, national clean-up campaigns and charity football tournaments.

Their plan for the future is oriented towards keeping on the growth trend and even accelerating it, with various short to long-term plans which should see their operations in Malta expanding further.

The iGaming summit SiGMA is setting its sights on Asia. Our ground breaking Asian iGaming expo will be held in Manila, on the 8th & 9th of June 2020. SiGMA's largest venue to date will bring together high quality conferences and content, premium networking opportunities, and luxury networking event. 10,000 delegates from across Europe, the US, and Asia are expected to attend, making this one of the biggest shows to unite East and West in the region. To become a part of the fastest paced Asian iGaming event, book a pass or sponsor & exhibit.