The Malta-based Meridian manages both B2C and B2B operations in Europe and began expanding into South America, Africa and Asia in recent years. In addition to online operations, Meridian also runs over 600 retail betting points of sale globally via its Bet Shop Manager product. 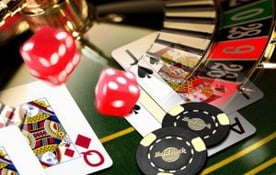 The Malta based Meridian expands across Europe, South America, Africa and Asia.

This is the third license that Colombia has issued this month, and it looks like it won’t stop there. Coljuegos president Juan Perez Hidalgo predicts that the market will have 17 approved online licensees before the end of the year.

It has been a successful week for the industry in in terms of American ventures. Just this week, Esports Entertainment announced that it has achieved affiliate marketing agreements with 34 esport teams across Central and South America.

Meanwhile, the effort to confine Colombian bettors access to internationally licensed gambling sites appears to be accelerating. Last week, Coljuegos announced that its blacklist of unauthorised gambling domains had hit 1,805, thanks to cooperation with the Ministry of Information Technologies and Communications, the Police Cybernetic Center and local internet service providers.

The number of blacklisted domains has surged rapidly since Coljuegos first identified around 325 offending sites prior to the launch of Colombia’s regulated online market. The dubious honour of the first officially blocked site went to the Curacao-licensed Play2wincasino.

The country issued its first official online license the following June. Up to now, Colombians have opened 1,267,018 accounts with its online licenses according to Coljuegos.

Check out our latest events in the videos below:

Bolivia is on the road to legalising online Gambling after new amendment to the Bolivian Lottery and Gambling Law proposed The Bolivian Gambling ...

Shares at 888 were down almost 9% after the firm reported a decline in its UK performance The group’s profits have been inconsistent in the last ...

Washington D.C. bill would legalise sports betting in the U.S. capital Council member Jack Evans commented that the federal district had to act ...

GVC partners with Vegas-based gaming company and funds study This week has been intrinsic in GVC Holding’s ongoing expansion into the U.S.