Following a game-changing decision to challenge PASPA last year, the garden state has carved out a large slice of the gambling pie for itself as it corners a new frontier in gaming. 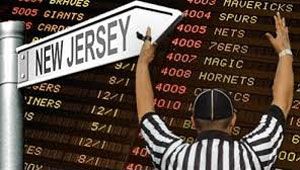 Their battle with the US Supreme Court back in May of last year opened the door for all 50 states to take advantage of legal sports betting. It was an opportunity that very nearly passed them by, after being offered an early get-out-of-jail-free card that would have allowed them to be one of only 5 states to pursue legalised sports betting. As luck would have it they missed their window of opportunity, a factor which was a key motivator for them to pursue their nation-wide challenge, that, and the fact that the lack of legalised sports betting had been a thorn in their side for a number of years.

The state has deep ties to gambling – New Jersey is home to the world’s first casino resorts, housed in Atlantic City. They also started their first state lottery in ’69 as a way to fund education, an initiative which still stands in the form of a number of schools today. True to their roots they passed a law back in 2012, which allowed for sports betting, a direct and brazen challenge to the federal law which specifically states that states can’t authorise sports gambling by law. Although they lost the challenge it marked an important milestone in their long and hard-fought attempt to legalise sports betting across casinos and racetracks.

The lengthy battle challenging PASPA in 2018 resulted in a 6-3 win for the state, with the 1992 law crumbling into abstraction, much to the chagrin of fringe anti-gambling lobbyists, the federal government, the NCAA and all four major professional sports leagues.

“The legalisation of sports gambling requires an important policy choice, but the choice is not ours to make. Congress can regulate sports gambling directly, but if it elects not to do so, each state is free to act on its own. Our job is to interpret the law Congress has enacted and decide whether it is consistent with the constitution. PASPA is not,” Justice Samuel Alito wrote for the court.

The NBA, NFL, NHL and Major League Baseball had all argued vehemently that New Jersey’s gambling ambitions would damage the integrity of their games. In recent months however, various leaders of the NFL have revealed a softened stance on legalised sports gambling.

Back in October 2018 the state hit the half-billion dollar mark, with nearly 600 million worth of bets having been placed in just over four months. These figures have also been bolstered by two new land-based casinos, which brought the year to a tidy close with a nearly 16% increase in gambling revenue when compared with 2017.

Part of the state’s meteoric rise as the frontier of gambling is a steady and consistent rise in online betting, with stats showing a rise in the activity up at least 30%. It hasn’t come easy though. In 2011, Governor of New Jersey, Chris Christy vetoed a bill which proposed to legalise online casino activity. It passed Senate with ease, pulling in a vote of 29 to 5 – the first of its kind to be passed by a US Senate. Christy’s rejection was quite possibly politically motivated, in any case the state saw justice just two years later when they succeeded in getting a new, updated bill signed into law. By 2013, the first online casino websites to offer both poker and casino games went live, making it the third US state to do so.

In February NetEnt was granted a permanent Casino Service Industry Enterprise licence from the New Jersey Division of Gaming Enforcement. It joins the ranks as one of many companies that have set their sights on the nuggets of opportunity waiting to be uncovered by savvy prospectors.

On the 16th and 17th of June, the second edition of the SiGMA roadshow will take in the landmark state of New Jersey. A key player in the future of the betting industry in the US, the state will unite 100 operators & suppliers and 100 affiliates in a 2-day networking event, merging SiGMA’s well known affiliate extravaganza, the Affiliate Grand Slam with an event geared towards operators and suppliers, the Alpha Boot Camp.

Are you interested in the US? Whether you’re looking for affiliates or operators with stakes in the US or if you would like to attend the event you can purchase a ticket today by clicking here. Alternatively contact Rick to see if you’re eligible for free admission or to join our main sponsors, Rabbit Entertainment, Helio Gaming, iGaming Academy and Join Games and gain premium brand exposure through our competitive hosting packages. Hosts get either a table of 10 or a table of 20, with each of their guests receiving an all-inclusive package containing 2 nights in a 5-star hotel, dinners, conferences and an epic closing night.

Relive some of the best moments from our first Road Show event in Manila in the video below.

Betsson continues  LatAm expansion, having acquired 70% of Colombian gaming operator Colbet Betsson have continued to move through the South ...

Alexey Khobot on why sports streaming in betting apps is crucial

Bringing broadcasts and sport statistics to betting apps The Russian betting industry is not so mature - only 26 years old. By European ...

AspireBattle is aiming to ensure player control with, for example, time out functionality in order to secure a safe player environment