PAGCOR on track to triple POGO income in 2020: Domingo

The chair of Philippines gaming regulator PAGCOR says the government is on track to triple the amount of income earned from Philippine Offshore Gaming Operators (POGO) in 2020 after a strong start to the year in January.

Speaking at the ICE VOX conference at global gaming trade show ICE London on Tuesday, Andrea Domingo revealed that PAGCOR is eyeing income from POGOs in the vicinity of Php16 billion to Php18 billion (US$314 million to US$354 million) this year – up from Php5.74 billion (US$113 million) in 2019.

“And so far in the first month of the year and the first week of February we are on target,” Domingo said. 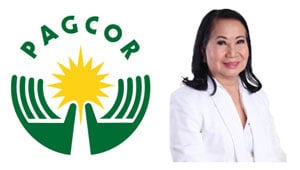 Such income from POGOs would represent a three-fold jump in the space of just 12 months, the result of a multi-department crackdown from 2019 on online operators found to be withholding taxes.

“We now have very strict regulations on this,” Domingo said in London.

“When I came to office (in 2016) this sort of product was contributing Php56 million to the government and we were known as one of the centers for illegal gambling all over the world. Since then we have earned for the government Php21 billion, so you can see where the money was going.”

The iGaming summit SiGMA is setting its sights on Asia. Our ground breaking Asian iGaming expo will be held in Manila, on the 8th & 9th of June 2020. SiGMA's largest venue to date will bring together high quality conferences and content, premium networking opportunities, and luxury networking event. 10,000 delegates from across Europe, the US, and Asia are expected to attend, making this one of the biggest shows to unite East and West in the region.  To become a part of the fastest paced Asian iGaming event, book a pass or sponsor & exhibit.

Spelinspektionen to implement a ban on betting on rule violations in football like yellow and red cards The Swedish Gaming Authority, ...

Gamblers must register a card issued by the state government and transfer money to it before playing poker The New South Wales government of ...