The app aims to gain access to operators authorised by ColJuegos, the Colombian regulatory body, and bet in its related services

Rappi, the on-demand delivery app headquarted in Colombia, has just announced  its new “Rappi Apuestas”, the new betting and gaming initiative by the company with which they will be able to gain access to operators authorised by ColJuegos, the Colombian regulatory body, and bet in its related services.

The company, which operates in Colombia, Argentina, Brazil, Chile, Costa Rica, Ecuador, Mexico, Peru and Uruguay, will soon release the platform in Colombia for iOS devices and to be followed by its counterpart Android release. Players will only need to download the app, and after choosing a bookmaker and category to bet, they will be able to start gaming. The app will feature operators such as BetPlay, Rivalo, Rushbet, BetJuego, and MegaApuesta. The payments and operations within the app will be done via RappiPay, the electronic payment method used by the company, which enhances security measures with a QR code tool payment system. This collaboration between Rappi, Toplay and Coljuegos aims to generate income and greater financial contributions to Colombia, improve its health system, and fight against illegality and clandestine gaming. 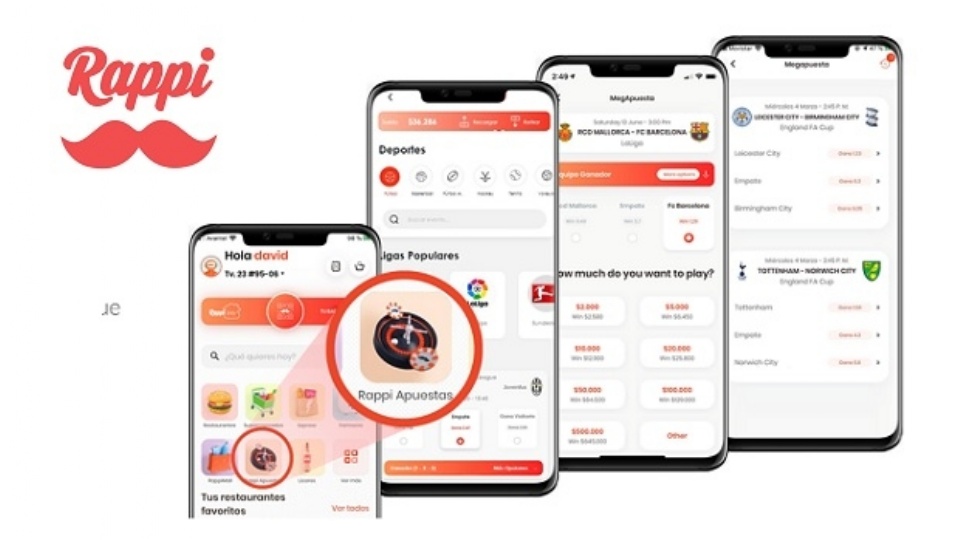 The app is now aiming to digitise authorised games of chance of the country into its system, explained Matías Laks, the general manager of Rappi in Colombia, and stated “With Rappi Apuestas we will have the possibility of connecting thousands of users in the country with authorised bookmakers, so they can play in a transparent and safe way, as part of an industry that is growing rapidly in the region,”,

On the other hand, the country manager of Rivalo in Colombia, Alvaro José Mosquera, added: “With this new channel, operators not only provide a friendly and familiar user experience, but we also find an ally for the growth of the industry, connecting with current and potential users, in one place.”, finishing off explaining why these alliances and integrations between companies  not only connect businesses with their audience, but with the ecosystems of similar companies with projects and goals that align, promoting innovation and technology as its main tool for benefiting the regions in which they operate.

A selection of the best and the top online casinos for players in the huge region that is LatAm Where does one even start? LatAm is a huge ...

Draftkings are leading the race but smaller operators are still dueling it out for the remaining share of the market Early estimates indicate ...

A peaceful protest saw more than a thousand casino and gaming room workers marching through the streets as 80,000 people are currently out of ...

The casinos will be able to reopen under stringent regulations which will see them operate at 30% and only allow slot machines December ...

The top online casinos and sports betting sites in the vibrant, emerging market of Brazil Brazil's love for football and its legendary status is ...