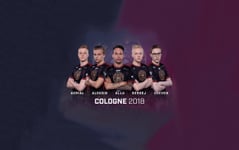 Rizk.com has announced that it will sponsor Finnish esports team ENCE.

Rizk.com has announced that it will sponsor Finnish esports team ENCE, a deal which complements its recently launched sportsbook - where eSports betting is available.

As part of the agreement, the Rizk logo will appear on ENCE’s website and merchandise. In line with online gambling laws and in a bid to promote responsible gaming,  merchandise worn by Sergej (Jere Salo), a player who is under 18 will not include the Rizk logo.

“The partnership with ENCE is a natural fit for our operator Rizk. As an entertainment provider ourselves we share a very similar ethos and understanding. With the rise in popularity of eSports in general and the recent launch of Rizk sportsbook, the timing for this branding opportunity couldn’t have been better. ENCE has a globally renowned team and we are proud to be supporting them through all the tournaments and events they will be attending this year across the world.” said Robin Reed, CEO if GiG.

“ENCE is very happy to be working with Rizk, paving their way to the wonderful world of eSports. With a rapidly changing and growing industry, we are here to support Rizk to take the right steps in getting involved in eSports. Rizk is a tremendous partner for ENCE as it’s backed by a forward thinking and innovating iGaming company.” Commented Joona Leppänen, Marketing Director at ENCE.

Check out our latest events in the videos below: