Shambala is conducting a soft-launch to ensure its 350 employees are ready for the official opening, the official launch date is still unknown

The second casino in Russia’s Primorye gambling zone, the Shambala casino, announced its preparing for a grand opening and is already operating in a soft-launch mode.

CEO of the Shambala casino, Maxim Smolentsev, conducted a tour of the halls of the new casino for regional journalists last week. 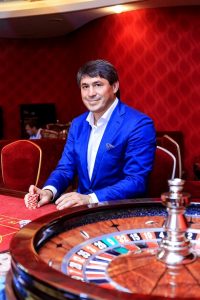 According to Vesti Primorye, Maxim Smolentsev said during the tour, “There is still a lot to do. Before the big opening, staff must adjust the work of all services and communications, hone the work of new personnel. In total, we employ 350 people from Primorye and other regions of Russia. It will be necessary to test the gambling equipment, as well as the bars and the restaurant area, complete the finishing of the main entrance lobby, and improve the adjacent territory to the casino building,” said Maxim Smolentsev during the tour, according to Vesti Primorye.

Smolentsev stated, “Many people knew that we had been preparing for the opening almost from the beginning of summer, there were some delays due to the situation with the pandemic in the world. Although looking back, we ourselves are surprised at what we managed to build in two years,”.

“We do not know how things will be with inbound tourism in Russia in connection with the pandemic. We hope that people will not lose the opportunity to travel and relax, and we, in turn, will try to provide a first class service, because this is the main advantage in the hospitality industry,” he added.

According to the investor’s project, Shambala will also include the construction of a 275-room hotel, conference and banquet halls, a sports complex, spa, and shopping areas aimed to be established by 2022.

Shambala casino is the second casino in the zone after Tigre de Cristal, which has been functioning since November 2015. The opening of another casino Naga Vladivostok is also expected this year.

CasinoNieuws.nl launches, aims for No 1 spot in the Netherlands

SportCaller has rolled out its latest game, Free Or 4, for Tier-1 operator William Hill, debuting the new football FTP last weekend to an ...

The New Mexico Native Americans Leaders are voicing concerns to a proposal by non-tribal racetracks and casinos to overhaul the industry and ...

The KSA and Spelinspektionen have signed a Memorandum of Understanding (MoU) in bid to reach mutual objectives, such as problem gambling, ...

Casinos in Chile steadily working towards prior tentative reopening

Casino operators in Chile are proposing gradual resumption of operations in Phase 4 before tentative Phase 5 reopening Casinos in Chile have ...

"The total closure of casinos and gaming clubs only worsens the already very fragile situation" Due to the fast growing rate of the pandemic, ...