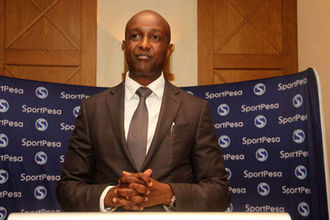 The giant sports betting operator, SportPESA, was set to get to back to business under a new licensee. However, this welcome was abruptly cut short a  and Licensing Board (BCLB), who had written a letter to Milestone operations manager Bernard Chauro on Friday prohibiting Milestone from using the SportPesa trade name as it belongs to Pevans East Africa Ltd.

Mr. Maina  (seen left) said that the decision to ban Milestone from using the Sportpesa brand name and technological infrastructure was made to avoid confusion among the general public.

“The reason being that there is a variance in the trade name the board approved vis-à-vis the name Milestone Games Limited currently wishes to adopt,” he said.

Ronald Karauri, had been excited to see SportPesa’s return, giving people the opportunity, they had been looking for to bet.

He went further to explain that the company will put development of local sports in Kenyan communities at the forefront, as well as upholding standards, whilst is looking forward to entering partnership with several companies in the near future.

After CEO Ronald Karaui announced the company’s prospects with enthusiasm as he made the announcement, the following day (1st November 2020) the Kenyan Media announced that Milestone, the umbrella brand name that SportPesa operates in, had been prohibited from making use of SportPesa brand.

The chairperson claimed that Sportspesa brand name is the property of M/s Pevans East Africa Limited and had directorate with SportsPESA Global holdings which filed an appeal with the Nairobi Court of Appeal “contesting the allocation of the gaming license to Pevan East Africa t/a SportPesa.”

BCLB did not appreciate Milestone’s decision to operate under a different brand name without proper notification and approval to the board, it explained that Pevans East Africa Ltd. Ceased business in July 2019 due to the dispute by Kenyan Revenue Authority over back tax claims by a huge amount of betting operators and their license appeal will not be heard until November 16th of this year.

Why did Sportpesa opt for a new BCLB license?

Out of the ten known shareholders for Sportpesa (Pevans), there are five Kenyan shareholders having a cumulative of 48% of the shares. There are three Bulgarians with 26% of the total shares and one American with 21% of shares. One company from England holds 5% of shares. 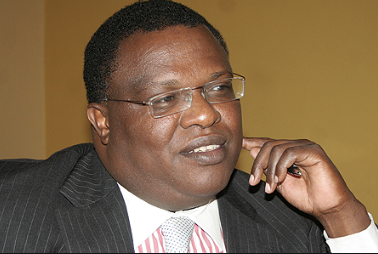 According to Paul Ndung, (seen right) shareholder of Pevans East Africa (Owner of SportPesa brand), the company has since 2017 been beset with problems after the executive directors, who are also shareholders, resorted to running the company without reference to the board.

A management report indicated that within 3 years, Pevans East Africa Ltd. Listed as SportsPesa had transferred US$250,000,000 to various offshore accounts in Isle of Man, Dubai,and Las Palmas/ Canary Islands and the UK. After some deep digging, shareholders have also come to learn that subsequent to ceasing operations, US$500,000 has been transferred from Pevans to Sportspesa South Africa while within the two years $17,500,000 had been transferred to Sportpesa Tanzania.

These suspicious transections, along with the corporate governance problems and the handling of tax dispute with KRA, PriwaterhouseCoopers resigned as the auditor of the Kenyan business. Because of this, banks in the UK requested Pevans’ sister company Sportspesa Global Holdings to close its accounts, while KPMG and Deloitte resigned from being auditors and tax advisers.

Serious Fraud Office officers from the UK also visited Sportpesa’s Nairobi office, where the source of the funds was.

BCLB in Friday’s Press release also announce that Sportpesa’s brand is owned by Sportpesa Global Holdings Limited which is contrary to the fact that Sportpesa brand started trading long before SGHL formation. SPHL is the holding company that owns the trading licences and businesses of Sportpesa Tanzania, Sportpesa UK, Sportpesa Italy and SportPesa Russia. SPHL ownership was just a mirror of Pevans EA Limited.

UK Authorities are looking at this matter as foreign shareholders have fraudulently transferred the shareholding to themselves along with their associates.

Singular shortlisted in the headline categories at EGR B2B Awards

Singular is in the final running for three categories: "Full-service platform of the year”, “Multi-channel supplier” and “Sportsbook Platform ...

GiG adds Pixelbet to its list of partners for GiG Comply

GAMOMAT was honoured with three titles at yesterday’s Great Place to Work® ceremony for its exceptional performance in creating innovative and ...

Tallinn-based digital marketing and lead generation company Media Investing OÜ has announced that it has appointed Paul Puolakka as its Chief ...