Suncity Group’s CEO and director Alvin Chau has issued a statement in a video aired on Sunday, denying the several rumours about the company, including being linked to the Hong Kong protests.

In the video shared by Asia Gaming Brief, Chau called the alleged funding of the Hong Kong rioters as “extremely absurd and unreasonable” and that the company is “deeply rooted in Macau with wholehearted devotion to the Motherland, Suncity Group never supports any actions that may jeopardise the country.”

“Suncity VIP Club has never encountered any leakage of customer information,” he added.

Chau also disclosed the company’s financial situation, to condemn yet another rumour that Suncity Group is in a financial struggle.

According to the CEO, the group’s fiscal reserve is at HKD10.58 billion (US$1.36 billion), with total cash flow in the VIP Club’s daily operations at HKD18.6 billion (US$2.4 billion) while total deposits in Macau banks are in total of HKD16.5 billion (US$2.1 billion)

“Our financial situation has been very stable, we have the capability and enough capital to offset any bad debts and chip deposits of all clients”, he added. 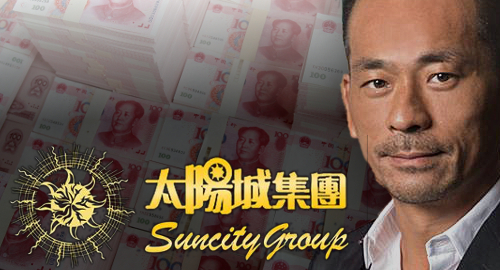 Chau also stated that “Suncity Group has completely abided by the law in operating tourism and gaming business in Macau. The Group has neither any colleagues stationed nor participated in any gaming-related duty in Mainland China. We have never participated in any underground fund transfers. All employees, funds and systems are entrenched in Macau, and in other countries that can operate VIP Club business legally.”

“This year, we have followed the appeal of the Macau government, secure employment and support people’s livelihood.”

“Since the global epidemic, we have never fired one single Macau employee.”

The CEO said “As a company rooted in Macau, it is also our responsibility to maintain Macau’s economy.”

In closing, the CEO appealed to the public to be “more united” during this time, and that people should stop spreading false news and misleading messages which may endanger not only his personal reputation and Sun City’s reputation but also the economy of Macau.

iGaming Academy has launched an exclusive partnership with Raffles Training Inc., offering specialist course packages crafted for the B2C and ...

If Biden were to win the election, predictions show Macau Gaming stocks rallying  As the presidential election draws near, gaming analysts are ...