On Monday, Government spokesman Anucha Burapachaisri confirmed that Prime Minister Prayut Chan-O-Cha has instructed the authorities including the Ministry of Digital Economy and Society, the National Broadcasting and Telecommunications Commission and the police to strictly take such measures to protect youth from partaking in to any forms of gambling online.

The local mobile telecom operators and internet service providers in Thailand have been warned to immediately block access to a total of 1,202 gambling websites under court orders, which have been earlier issued, according to Burapachaisri.

The platforms would then have 15 days to comply or face legal action under the Computer Crimes Act and the Gambling Act. 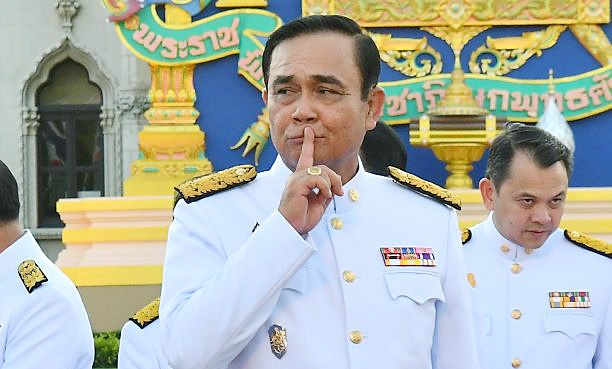 Minister of Digital Economy and Society, Buddhipongse Punnakanta, said Facebook reportedly blocked only 215 of 661 offending accounts while Twitter had blocked only four of 69 suspect accounts on its platform.

Another varying news, earlier this month, Mongkolkit Suksintharanon suggested  the legalisation of gambling and proposed for the development of integrated resorts at key tourist destinations like Bangkok, Phuket, and Chiang Mai. Suksintharanon justified the proposal based on the fact that gambling was on going in the country regardless of the existing prohibition. Moreover, the huge chunk of revenue generated from this sector will benefit the country.

SiGMA Americas and AIBC Digital Summit were launched with great success in the past week, pushing the shifting grounds of the gaming industry towards LatAm and discussing the current developments in digitalisation. In a first for SiGMA, both the gaming and the tech segments of the conference were offered in 3 languages, English, Spanish and Portuguese.

SiGMA will launch its next series of events in 2021, with SiGMA Europe headlining next year's calendar. Inaugural summits in Asia and Americas are also set to dominate the year, with SiGMA Asia launching in May 2021 and SiGMA Africa in 2022! Explore the full agenda here and register now!

Belle Corporation's nine-month profit sinks 96% due to the pandemic

“The decreases in revenues and profits resulted primarily from Covid-19 related developments”  On Thursday, the Philippine gaming company Belle ...

The casino is being accused of favoritism to certain EGM suppliers South Korea’s largest casino at which local residents are allowed to gamble ...

China identifies over $150 billion in illicit gambling activity this year

China's Ministry of Public Security spots equivalent of nearly US$150 billion ready to exit the country for cross-border gambling activities The ...

Malaysia: RHB says surge in casino duties unlikely to happen amidst the Covid-19

RHB Investment Bank aren't anticipating an increase as Genting Malaysia is still in recovery from the financial hit of the pandemic In a report ...