Speaking in a keynote at the SiGMA Asia Digital summit this month, Andrew Scott, Vice Chairman and CEO at Inside Asia Gaming gave insight into the land-based gambling scenario in Japan

Watch the keynote in full in the video below.

Opening the conversation, he started out with an overview on the five currently legal forms of gaming, namely the JRA; the Japan Racing Association, which brings in about $7 billion a year in revenue, the JKA - which regulates parimutuel betting on motorcycle and bike racing, lotteries, and scratch cards (combining to produce a 16-17 billion dollar-a-year industry).

He also touched on some of the greyer areas, such as poker rooms, mahjong parlors, and underground illegal casinos which get raided and shut down from time-to-time - and what he called ‘the granddaddy of all land-based gaming in Japan’, the pachinko parlors. 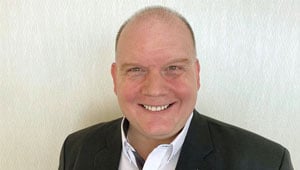 “Legally Pachinko is not viewed as gaming but as an amusement, but nonetheless there are 10 thousand pachinko parlors in Japan, with about 4 million pachinko and pachislot machines across the country, taking in 32 billion in 2018 - nearly as big as the entire Macau gaming industry.”

He went on to say however that despite the impressive figures, Pachinko is actually in decline, going down about 50% over the last decade. “When casino gaming does come to Japan, and it will, it will be the second biggest market in the world - after Macau of course. Estimates range of how big the GGR will be, I've seen estimates as low as 10 billion, as high as 25 billion - but whatever that number is, it’s going to be number 2 in the world.”

What do we know when it comes to Integrated Resorts?

With efforts to legalise casino gambling in Japan going on for over 20 years - there were over 20 million inbound tourists to Japan in 2015 with an IR promotion law passed in 2016 and a follow up IR implementation law passed in July 2018, setting out industry rules and regulations:

Between November of last year and April of this year, four local governments in Japan issued draft implementation policies: Osaka, Yokohama, Wakayama, and Nagasaki, and on the 26th of July this year the central government, under the 2018 legislation will be required to issue their final IR basic policies.

Once they’ve done that, he explains, the local governments will be able to issue their final policies, partner up with their preferred operators and finally, between January and July of 2021 submit their applications to the central government. 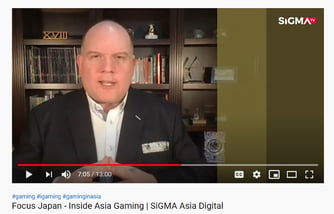 "When casino gaming does come to Japan, and it will, it will be the second biggest market in the world."

So when will the doors open?

“By the time the central government federal licensing process goes through and construction happens - which will be slow and expensive in Japan - you’re looking at 2026 as the earliest date. It could easily be ‘27 or ‘28 if a few things go wrong, it could even be 2030.”

He also goes on to say that public support for gambling is lacking in Japan, ‘the understanding of IRs in Japan is quite low - we know that IRs do not enjoy bipartisan political support, so Prime Minister Shinzo Abe will likely continue to keep pushing it through and push ahead with the current timeline.’

Where will the doors open?

Andrew explains that there are currently 3 IR sites - with no distinction between a major metropolitan site and a regional site. There are currently four locations officially in the running for these three IR sites:

There are also a number of sites which have yet to declare their interest - with much speculation around Tokyo - although as Andrew says, they’ve been distracted by the 2020, now 2021 Olympics.

“The general consensus is that Japan has been quite demanding in the process, that returns are clouded by uncertainty in quite a few areas, companies are being asked to make proposals and commitments without knowing the full rules of the game. Japan has come out and repeatedly said that they will be the strictest regulatory regime in the world - well that’s hardly music to the ears of an operator.

“All this is being done against the background of COVID-19, it doesn't help that some of these operators are burning through two, three, four, even five million US dollars a day because of their operations in Las Vegas, Singapore, or Macau. So when you combine a 10 year licence, five year renewals after the ten years, three percent floor space, a thirty percent tax rate, a 6 thousand yen entry fee, potentially 10 billion in US dollars investment, and the uncertainties mentioned already - it’s not that attractive to some people.”

Watch his talk in full below:

If you want to re-live the SiGMA Digital experience go to our Youtube channels - SiGMA - World's iGaming Festival and AIBC Summit!

Even if the Japanese central government makes major changes to the IR schedule, the company still intends to participate in the bidding

Japan Prime Minister Shinzo Abe was leading the push to bring IRs to Japan. However, following his resignation due to health issues, speculation ...