The price target of William Hill has been raised to 330 pence.

Analyst James Wheatcroft from Jefferies group says that the previous target price market has ignored the company’s growth in online gambling in the United States. 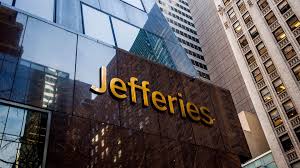 Considering the fact that William Hill controls 29% of the sports betting market in physical betting shops in the United States, the future profits of the company are considerable.

According to data from Eilers & Krejcik Gaming, Flutter Entertainment in the United States plus DraftKings, online betting accounts for a total of 62.56% of the US Internet sports betting market, while William Hill’s share is only 9.62%. In other words, there is still a vast space for William Hill to expand in the US market.

Not to mention the long-term cooperation between William Hill and Caesars’ Eldorado Resort Group, which has also become an important key factor for William Hill to seize share in the United States.

In the United States, the main problem for online sports lottery operators is that the cost of acquiring new users is too high, and as confirmed by DraftKings's second-quarter performance, large expenditures in this area may cause operators to suffer losses. William Hill is cooperating with land-based casino group, so it can players can be aquired at a lower cost.

Sports-betting: Is this the highest payout in US history?

Jim “Mattress Mack” McIngvale places a $2 million wager to win $20 million on the Houston Astros at 10-1 to win the World Series Mattress Mack ...

Esports streaming expected to lead the way in global gambling

The esports streaming sector is expected to lead the way in growth within the global gambling sector Whilst gambling itself has existed for as ...

The SuperBook at the Lodge Casino will have a grand opening in Colorado this Friday hosted by Jacobs Entertainment SuperBook Sports will be ...

Interstate poker compacts and lotteries could see a boost from the decision by the DOJ to decline the appeal The deadline for appealing the Wire ...